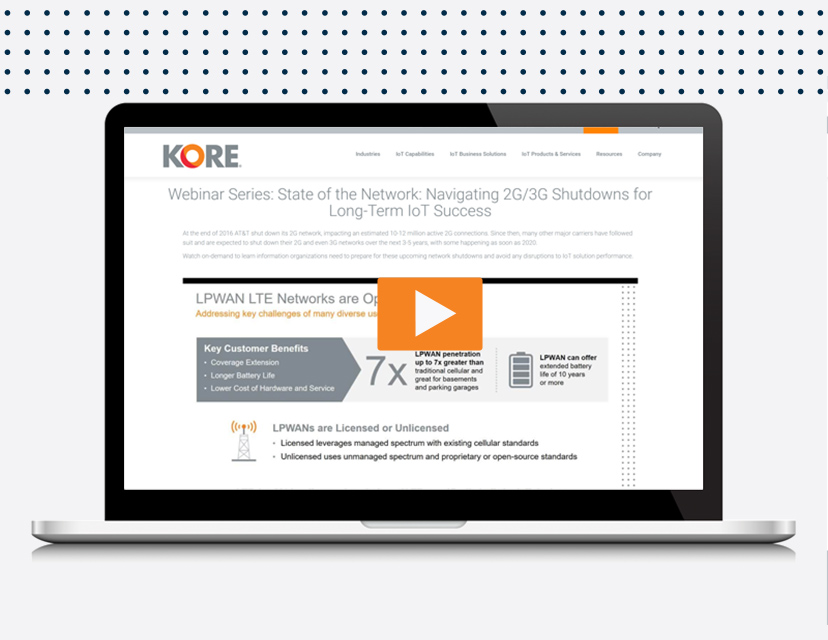 At the end of 2016 AT&T shut down its 2G network, impacting an estimated 10-12 million active 2G connections. Since then, many other major carriers have followed suit and are expected to shut down their 2G and even 3G networks over the next 3-5 years, with some happening as soon as 2020.

Watch on-demand to learn information organizations need to prepare for these upcoming network shutdowns and avoid any disruptions to IoT solution performance.